The Diversity Visa lottery has been an incredibly successful policy, beyond the expectations or even the intentions of its creators. Since 1995 it has diversified the source countries of immigrants to the United States. In particular it has brought in more immigrants from African countries that historically were restricted from sending many immigrants to the U.S.

It is a small program — it issues about 50,000 immigrant visas annually in a system that each year admits about one million lawful permanent residents — that packs a big punch.

Read more at The Hill.

In an autumn marked by several tragic incidents of mass violence, only the attack in New York City spurred President Trump to take to Twitter and call on Congress to take action. That’s because the alleged perpetrator of that attack, a native of Uzbekistan, had entered the United States as an immigrant through the diversity visa lottery.

Although there is ample evidence that immigrants are less likely to commit crimes than U.S. citizens, the president seized upon the attack as an opportunity to crack down on immigration and to reinforce a link between immigrants and crime that is not substantiated by the evidence. He called on Congress to end the diversity visa immigration program.

But ending the visa lottery program would do nothing to make Americans safer, and it could damage America’s standing in the world.

Read more at The Hill. 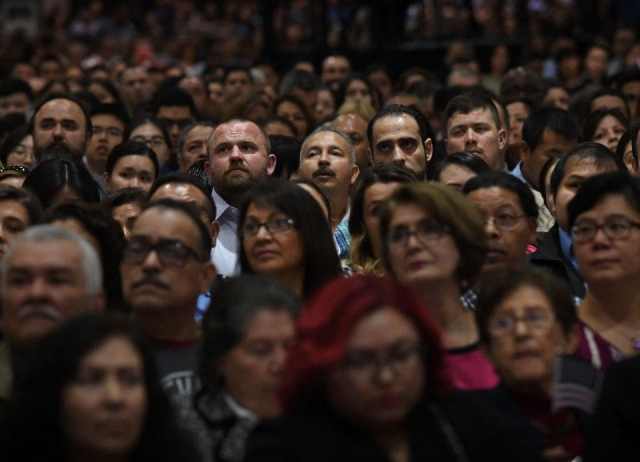 Yes, security is a priority. Diplomatic outreach should be one, too.

After reports that the accused perpetrator of Tuesday’s violent vehicle attack in New York City entered the United States via a visa “lottery,” the Diversity Immigrant Visa program drew sudden and unexpected scrutiny, with President Trump stating Wednesday morning that “I am today starting the process of terminating the diversity visa lottery program,” adding, “It sounds nice. It’s not nice. It’s not good.”

Of course, security must be a priority, but the president’s view of this program is shortsighted.

Each autumn, cafes and campuses across Africa are transformed when the time comes to enroll in the Diversity Immigrant Visa program — the diversity visa lottery. In cities and towns across the continent, there are signs, banners, and people with laptops and cameras advertising offers to help register, for a small fee, aspiring lottery entrants. Of the millions who enroll in the lottery worldwide, only about 50,000 are admitted each year to the United States. The lottery, while a minor component of the U.S. immigration system, has taken on major significance in many African countries, where winning a diversity visa is one of the only ways to emigrate to the United States. And ending it would only play into the hands of anti-immigrant hard-liners with a narrow view of who belongs in the United States, cutting off an important avenue of African immigration and a vital source of goodwill toward the United States.

Read in Spanish at El Diario.

Each October, millions of people around the world submit applications for a lottery with a unique prize: a U.S. green card. For people in countries that have sent few immigrants to the United States, the annual Diversity Visa lottery is one of the only ways to legally immigrate to the United States, turning it into a symbol of the American Dream for many aspiring immigrants.

Now, however, some visa lottery winners may find themselves shut out. The Supreme Court’s decision to let the Trump administration enact certain provisions of its Muslim ban, as well as new guidance from the Department of State on how to do so, may slam the door shut on visa lottery winners from the six majority-Muslim countries affected by the ban.

The lottery program is small — it issues just 50,000 visas a  year — but it looms large abroad, where it has become a symbol of U.S. openness. By implementing the ban against visa lottery winners, the Trump administration not only thwarts their individual hopes and dreams, but also sends a message that the United States no longer stands as a beacon of hope.